War in the Pacific
Next Video 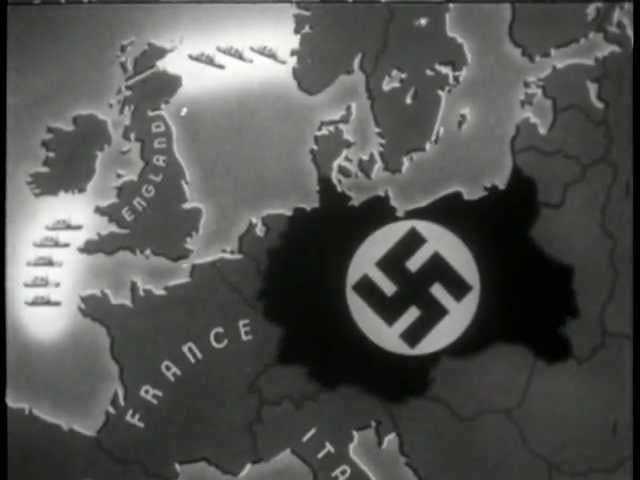 Scene from ‘Divide and Conquer‘, a documentary by Frank Capra .

Divide and Conquer is the third chapter of the Why We Fight propaganda series. Using newsreel footage and animated maps, Capra delineates Hitler’s strategy in overtaking Europe. We watch as the Nazi’s occupy Denmark and Norway, push back the British Army, and force France into a humiliating surrender. The film ends on a hopeful note, observing that while Hitler has all of Europe in his thrall, both Britain and the United States are still in the game.

War in the Pacific