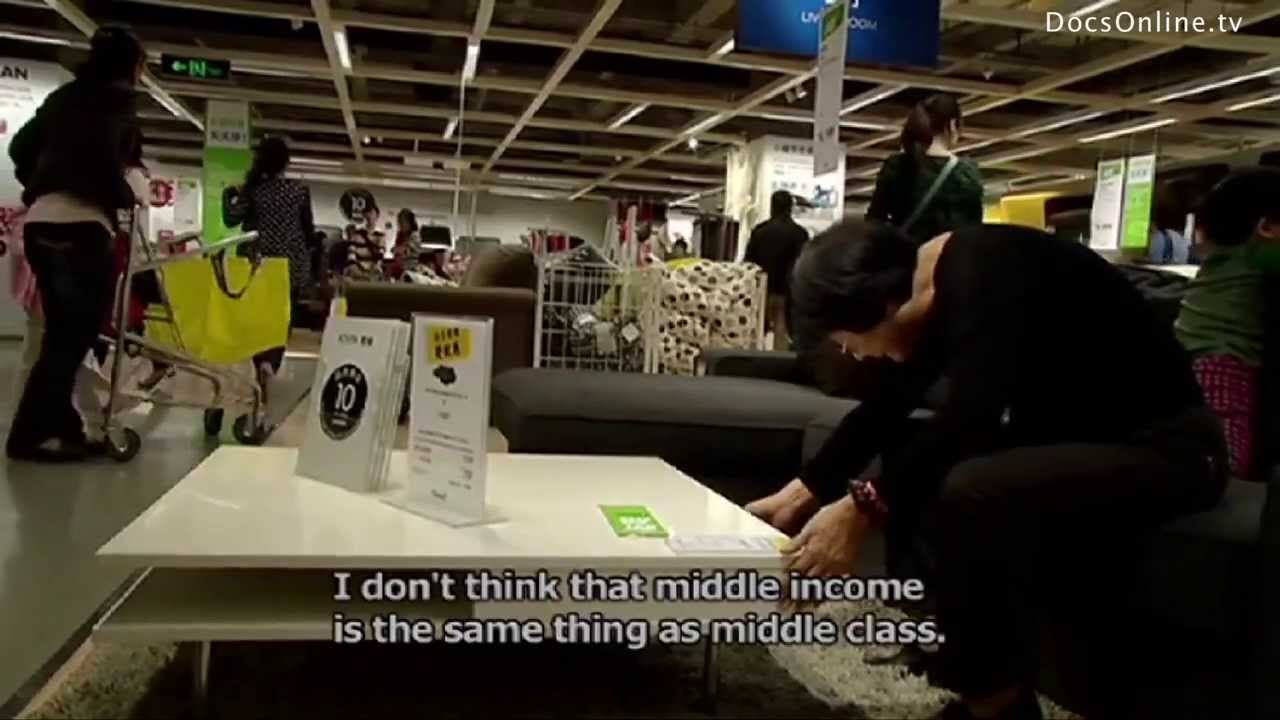 THIS FRAGMENT OF THE DOCUMENTARY “CHINA ON CHINA, EVERYTHING HAS A PRICE TAG” IS FOR PROMOTION PURPOSES ONLY. WE DO NOT OWN THE MATERIAL EXCLUSIVELY, BUT HAVE A LICENSE CONTRACT FOR INTERNET STREAMING.

This third episode of the series China on China focuses on the changing costs of living and the growing income gap in the Chinese contemporary society. The vast economic growth of the country has benefited some people more than others. In terms of work and income, Chinese society has never been as divided as it has now, and the income gap between rich and poor is still growing. In order to illustrate these changes, various residents are asked to describe their expenses, such as housing costs, child care and insurance.

Under the leadership of communist leader Mao Zedong and the Peoples Republic of China, industry and business became nationalized under state ownership and socialist reforms were implemented in all areas of society. Mao introduced the campaign Great Leap Forward, aimed to rapidly transform the country from an agrarian economy into a communist society through industrialization and collectivization. However, the campaign led to the Great Chinese Famine. After this failed campaign, in 1966 Mao and his allies launched the Cultural Revolution from 1966 to 1976, its stated goal was to enforce communism in the country by removing capitalist, traditional and cultural elements from society. When Deng Xiaoping took power after Maoâs death in 1976, he initiated the Chinese economic reforms including the introduction of capitalist market principles. The Communist Party subsequently loosened governmental control over citizens’ personal lives and the communes were disbanded in favor of private land leases. This turn of events marked China’s transition from a planned economy to a mixed economy with an increasingly open market environment. Subsequently, President Jiang Zemin and Premier Zhu Rongji led the nation in the 1990s. Under their administration, China sustained an average annual gross domestic product growth rate of 11.2 percent. The country formally joined the World Trade Organization in 2001, and maintained its high rate of economic growth under Hu Jintao’s presidency in the 2000s.