21 Senegal: Can people Make everything?
Next Video 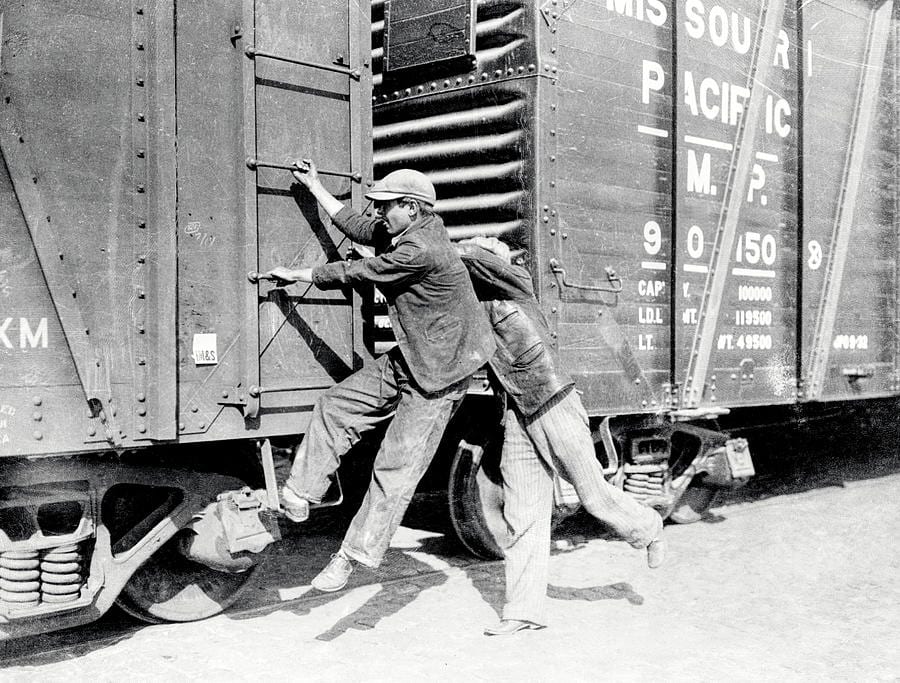 An awesome documentary portrait of the 1930s era. Riding the Rails tells the story of the great depression from the perspective of Hobo’s – mostly young people – traveling the country, looking for both work and a life.

“Riding the Rails offers a visionary perspective on the presumed romanticism of the road and cautionary legacy of the Great Depression. From ‘middle class gentility to scrabble-ass poor,’ the undiscriminating Great Depression forced 4,000,000 Americans away from their homes and onto the tracks in search of food and lodging. Of this number, a disturbing 250,000 of the transients were children. The filmmakers relay the experiences and painful recollections of these now-elderly survivors of the rails. Forced to travel more by economic necessity than the spirit of adventure, the film’s subjects dispel romantic myths of a hobo existence and its corresponding veneer of freedom. Riding the Rails recounts the hoboes’ trade secrets for survival and accounts of dank miseries, loneliness, imprisonment, death, and dispossession. Sixty years later, the filmmakers transport their subjects back to the tracks, where the surging impact of sound and movement resuscitates memories of a shattered adolescence and devastating rite of passage.

21 Senegal: Can people Make everything?