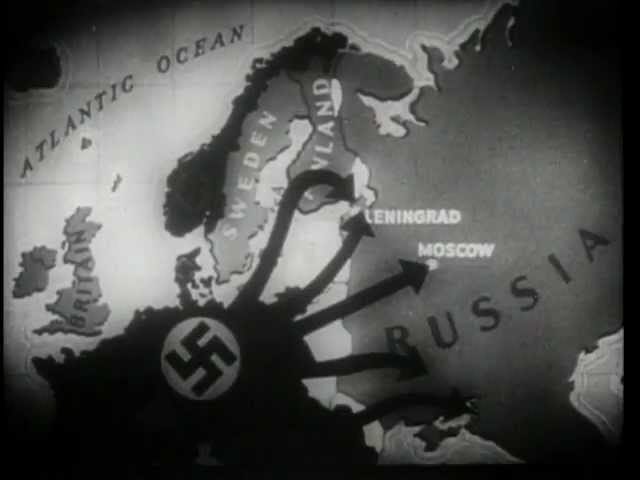 Scene from ‘The battle of Russia II‘, a documentary by Frank Capra .

THE BATTLE OF RUSSIA PART I & II cover the Soviet war with Germany from 1941 to early 1943. Part I shows how the Nazi regime, frustrated by the tenacity of British resistance, sets its sights on the Soviet Union instead. As it follows the Nazi march into Russian territory, the film provides a brief summary of the attempts of foreign powers to invade Russia over the past seven hundred years. It explains why the country is such a hot prize and why no army in history ever succeeded in conquering it. Hitler is portrayed as a fool, his hubris blinding him to the evidence of history.