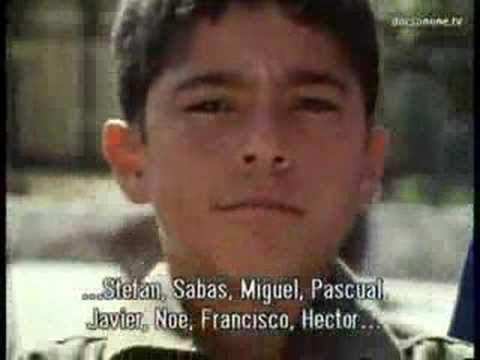 Scene from ‘Mama Calle‘, a documentary by director Arjanne Laan.

Among the teeming millions of Mexico City, considered to be the most populous city in the world, are many poor and desperate people. Of these, perhaps the most desperate are children who have escaped from excessively confining or abusive situations in their families and homes to live or die on the streets. This documentary follows four such boys who live on the roof of a subway station and cadge coins from nearby motorists in the daytime in return for (unasked for) window-cleaning or amusing tricks. The boys buy or steal food and sniff glue for relaxation, and sometimes they sneak onto trains to ride into the countryside for a lark.