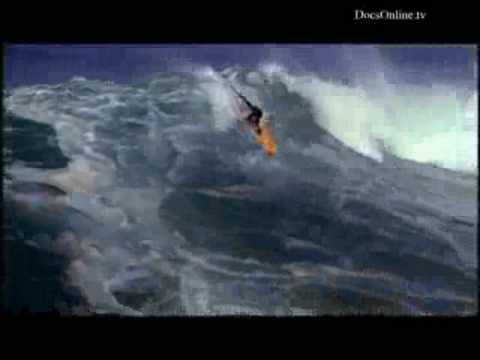 Scene from “Taking back the waves“, a documentary by Nicolaas Hofmeyr.

Taking Back the Waves‘ portrays two world-class surfers and friends, Cass Collier en Ian Armstrong of Capetown, South-Africa. The documentary highlights how Cass’s skin color influenced his surfing at the height of apartheid. His father passed his enthusiasm for the sport on to his son and ignored the restrictions of apartheid as much as he could, but it was still difficult for Cass to get the recognition he deserved. With a lot of hard work, he ended up winning international awards and recognition. The images of surfers and high waves in the film are very impressive.