Land Without Bread
Next Video 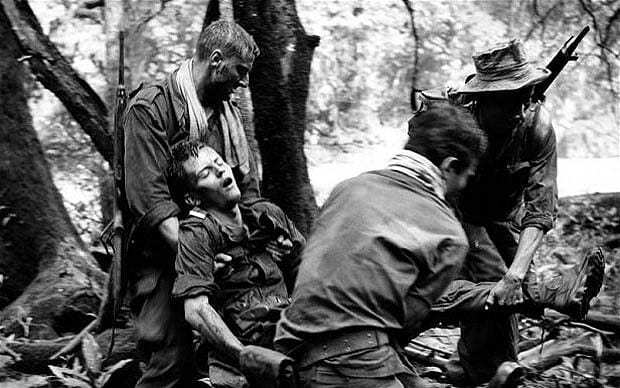 The Anderson Platoon (1967) is the classic work of Pierre Schoendoerffer, a French Army cinematographer returning compulsively to Vietnam where the Americans, instead of Frenchmen, are fighting an unwinnable war.

Although the director is never actually visible in the film, The Anderson Platoon is very much a participating documentary. Schoendoerffer’s laconic commentary and compassionate eye reveal the moral bankruptcy at the heart of this and nearly all warfare. It is revealed through the desperate companionship among the soldiers, the pointles valor and the starkness of the human desire to hold on to life. This insight, one feels, is very much a product of Schoendorffer’s character