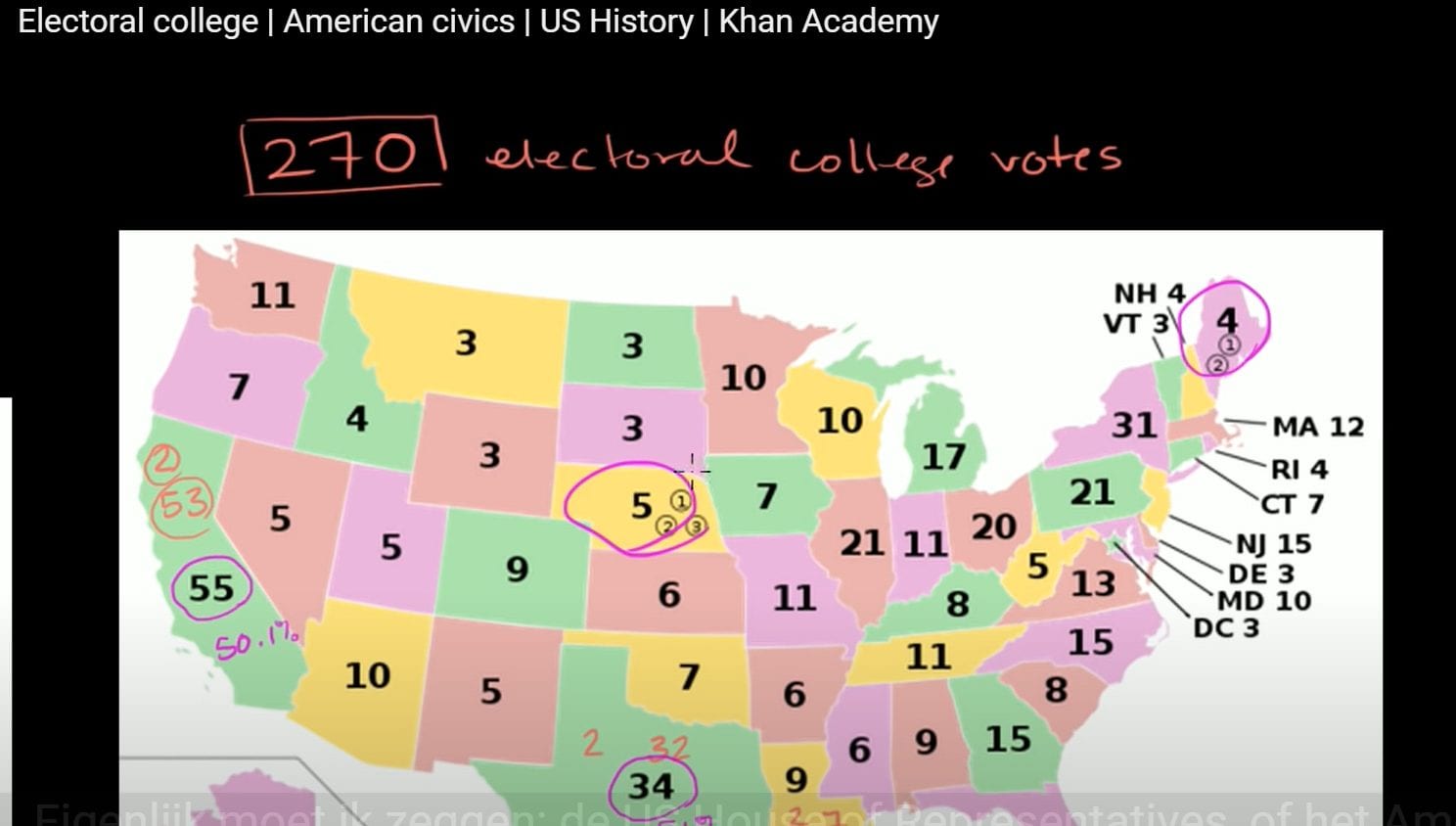 The Electoral College is a group of people that elects the president and the vice president of the United States. (The word “college” in this case simply refers to an organized body of people engaged in a common task.)

As voters head to the polls on election day, they will not vote for the presidential candidates directly, as they would in a popular vote. Instead, they will vote to elect specific people, known as “electors” to the college. Each state gets a certain number of electoral votes based on its population.

The electors are appointed by the political parties in each state, so if you vote for the democratic presidential candidate X on election day and candidate X ends up winning the popular vote in your state, then electors that the Democratic Party has chosen will cast votes for him in their state capitals in December. However, if candidate X does not win the popular vote in your state, then the electors of the Democratic Party cannot cast any of their votes for candidate X in their state capital in December.

The system is disputed because it invites the act of Gerrymandering, and it can yield a President that does not have the consent of the majority of the US voting population.

The electors are asked to cast their votes on the first Monday after the second Wednesday in December.