Triumph of the Will
Next Video

The Great Depression: A Job at Ford’s 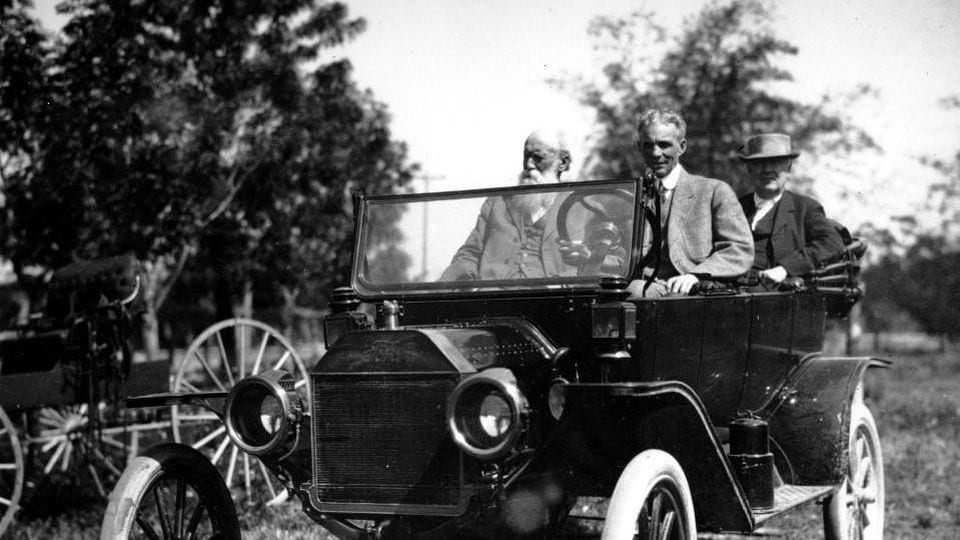 Although Ford did not invent the automobile or the assembly line, he developed and manufactured the first automobile that many middle-class Americans could afford. In doing so, Ford converted the automobile from an expensive curiosity into a practical conveyance that would profoundly impact the landscape of the 20th century. His introduction of the Model T automobile revolutionized transportation and American industry. As the owner of the Ford Motor Company, he became one of the richest and best-known people in the world. He is credited with “Fordism”: mass production of inexpensive goods coupled with high wages for workers. Ford had a global vision, with consumerism as the key to peace. His intense commitment to systematically lowering costs resulted in many technical and business innovations, including a franchise system that put dealerships throughout most of North America and in major cities on six continents. Ford left most of his vast wealth to the Ford Foundation and arranged for his family to control the company permanently.

Stocked with oral histories with workers, managers, and working-class families, as well as archival film footage, the informative documentary A Job at Ford’s analyzes the ways in which the automobile, as a product of labor and a catalyst for deep transformations in American society, dominated American life and dictated its economic fortunes. Cars offered far greater access to travel and cultural experiences, especially for women and rural residents, than ever before. Auto work also attracted migrants from across the country, as well as from Mexico, to manufacturing centers in Detroit and the industrial North.

Triumph of the Will