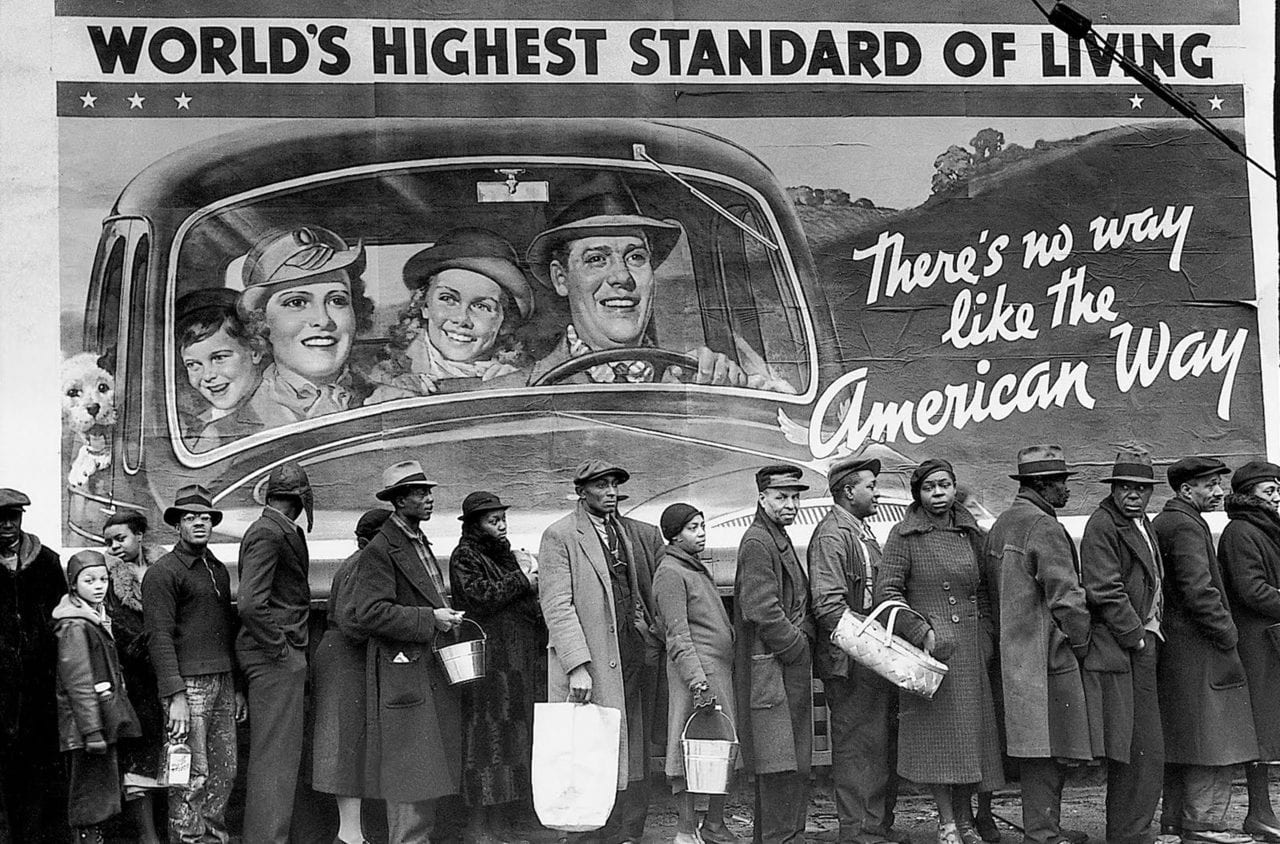 History of Immigration to the US

The growth had different sources. The automobile industry was partially responsible, as the number of automobiles produced annually quadrupled between 1946 and 1955. A housing boom, stimulated in part by easily affordable mortgages for returning servicemen, fueled the expansion. The rise in defense spending as the Cold War escalated also played a part.

After 1945 the major corporations in America grew even larger. There had been earlier waves of mergers in the 1890s and in the 1920s; in the 1950s another wave occurred. New conglomerates — firms with holdings in a variety of industries — led the way. International Telephone and Telegraph, for example, bought Sheraton Hotels, Continental Baking, Hartford Fire Insurance, and Avis Rent-a-Car, among other companies. Smaller franchise operations like McDonald’s fast-food restaurants provided still another pattern. Large corporations also developed holdings overseas, where labor costs were often lower.

Farmers, on the other hand, faced tough times. Gains in productivity led to agricultural consolidation, as farming became a big business. Family farms, in turn, found it difficult to compete, and more and more farmers left the land.

Other Americans moved too. In the postwar period the West and the Southwest continued to grow — a trend that would continue through the end of the century. Sun Belt cities like Houston, Texas; Miami, Florida; Albuquerque, New Mexico; and Tucson and Phoenix, Arizona, expanded rapidly. Los Angeles, California, moved ahead of Philadelphia, Pennsylvania, as the third largest U.S. city. By 1963 California had more people than New York.

An even more important form of movement led Americans out of inner cities into new suburbs, where they hoped to find affordable housing for the larger families spawned by the postwar baby boom. Developers like William J. Levitt built new communities — with homes that all looked alike — using the techniques of mass production. Levitt’s houses were prefabricated, or partly assembled in a factory rather than on the final location. The homes were modest, but Levitt’s methods cut costs and allowed new owners to possess at least a part of the American dream.

As suburbs grew, businesses moved into the new areas. Large shopping centers containing a great variety of stores changed consumer patterns. The number of these centers rose from eight at the end of World War II to 3,840 in 1960. With easy parking and convenient evening hours, customers could avoid city shopping entirely.

New highways created better access to the suburbs and its shops. The Highway Act of 1956 provided $26 thousand-million, the largest public works expenditure in U.S. history, to build more than 64,000 kilometers of federal roads to link together all parts of the country.

Television, too, had a powerful impact on social and economic patterns. Developed in the 1930s, it was not widely marketed until after the war. In 1946 the country had fewer than 17,000 television sets. Three years later consumers were buying 250,000 sets a month, and by 1960 three-quarters of all families owned at least one set. In the middle of the decade, the average family watched television four to five hours a day. Popular shows for children included Howdy Doody Time and The Mickey Mouse Club; older viewers preferred situation comedies like I Love Lucy and Father Knows Best. Americans of all ages became exposed to increasingly sophisticated advertisements for products said to be necessary for the good life.

History of Immigration to the US