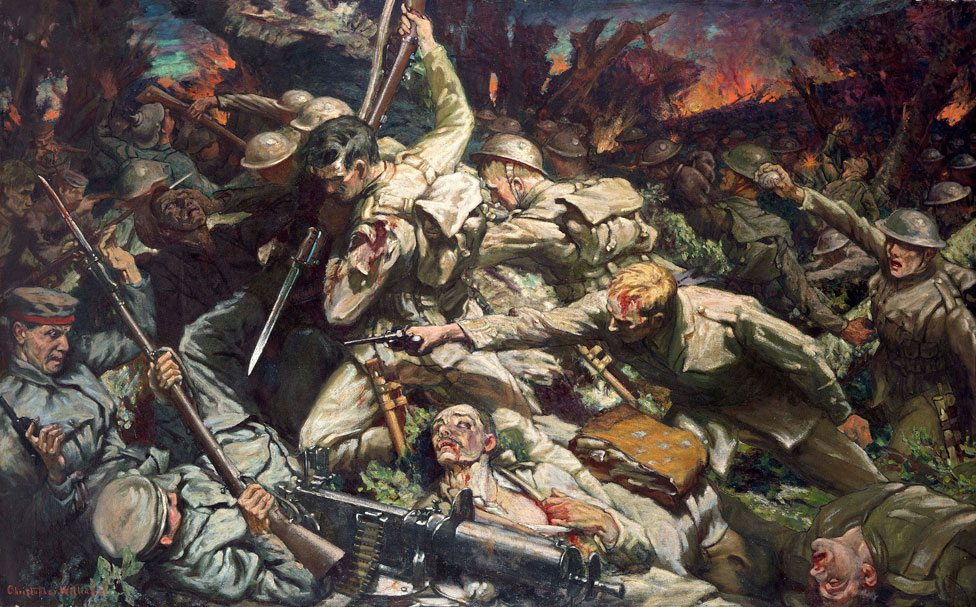 The US enters World War I on 6th April 1917 in response to the German Submarines attacks on several American Merchant Ships around the British Isles.

It is 1917; the soldiers are already pushed to their limits and they want the war to end.  They want to go home. Meanwhile,  on the home front, anger seethes as hunger stalks the population. Wartime misery has penetrated every home, affecting every aspect of daily life. A solution must be found to end the war.

In Germany, the empire seems to collapse owing to social distress and unease. Meanwhile, the Austro-Hungarian empire also sways away as Emperor Charles I begins to take tentative steps towards peace. Also on the front things are breaking down. The Battle of the Chemin des Dames leads to a mutiny among the French infantry soldiers.  Similarly, in Russia, soldiers exhausted from hunger and fear, join the Revolution.  As a result the Tsar abdicates.

At this point, the German high command makes a serious strategic error that changes the course of the conflict. Earlier in the war, the German army had torpedoed passenger steamer Lusitania on which 100 Americans lost their lives. Hence, the United States broke its neutrality, causing Germany to impede its unrestricted submarine warfare. However, on February 1, 1917, Germany decides to resume it, which again fuels American outrage. As a result, the United States enters WWI.  The American presence makes a strong impact in favor of the Allies. Due to the influx of new material and fresh soldiers, Germany is defeated twelve month later. Hence, the Armistice is signed on 11 November 1918.

About the Series | Apocalypse World War I

In 1914 the world entered into an era of immense suffering. Numerous questions arise regarding. How did such a cruel and far-reaching conflict occur? Why did the warring parties resort to trench warfare? How did humankind endure this atrocity for four long years? Could the sacrifice of an entire generation have been avoided?

Apocalypse World War I is undoubtedly the best and most complete documentary series about the first World War. An amazing narrative exquisitely explains the 500-hour of colored archival footage, much of it previously unseen. The series tells the story with compassion and brings us to the heart of the battle. Whether it be the trenches in the north of France or the unknown fronts of Russia, the Apocalypse series extensively covers it all. The narration casts a deep impression and brings to life, the memories, and the experiences of these men and women.